You are here:
< All Topics

Fire is the very heart and essence of life. It is phenomena rather than substance that is revealed, seen and touched in ways of risk and ritual. Fire, when placed in a ceremonial aspect, expands to encompass the spirit as well as the body and mind. By summoning the power of the flame to flow through us, the flame strengthens and transforms our spirit.

“We make the hive. They bring the honey. We create just enough order so that this spontaneous naturally occurring process called culture, which is born of the interactions of people that no one can plan and no one can control, will begin

WELCOME TO THE FIRE CONCLAVE…

Thank you for communicating your intention to join the Fire Conclave. There are lots of deadlines to meet, dances to create, and videos to submit before potential invitations are extended to become members of this year’s Fire Conclave.

We’ve separated out our traditional  handbook this year in an effort to create something that will make it easier to fully understand our policies, procedures, and deadlines (aka: what we expect from you and your group) as well as give you some helpful insights and recommendations. It will also have info specific to 2021 as we plan for the unexpected during the pandemic. Our hope is to reduce the amount of anxiety that you, as Shin, Shin assist, Performer, or Safety may encounter through the season and guide you in the creation and management of your group to the best of your abilities. 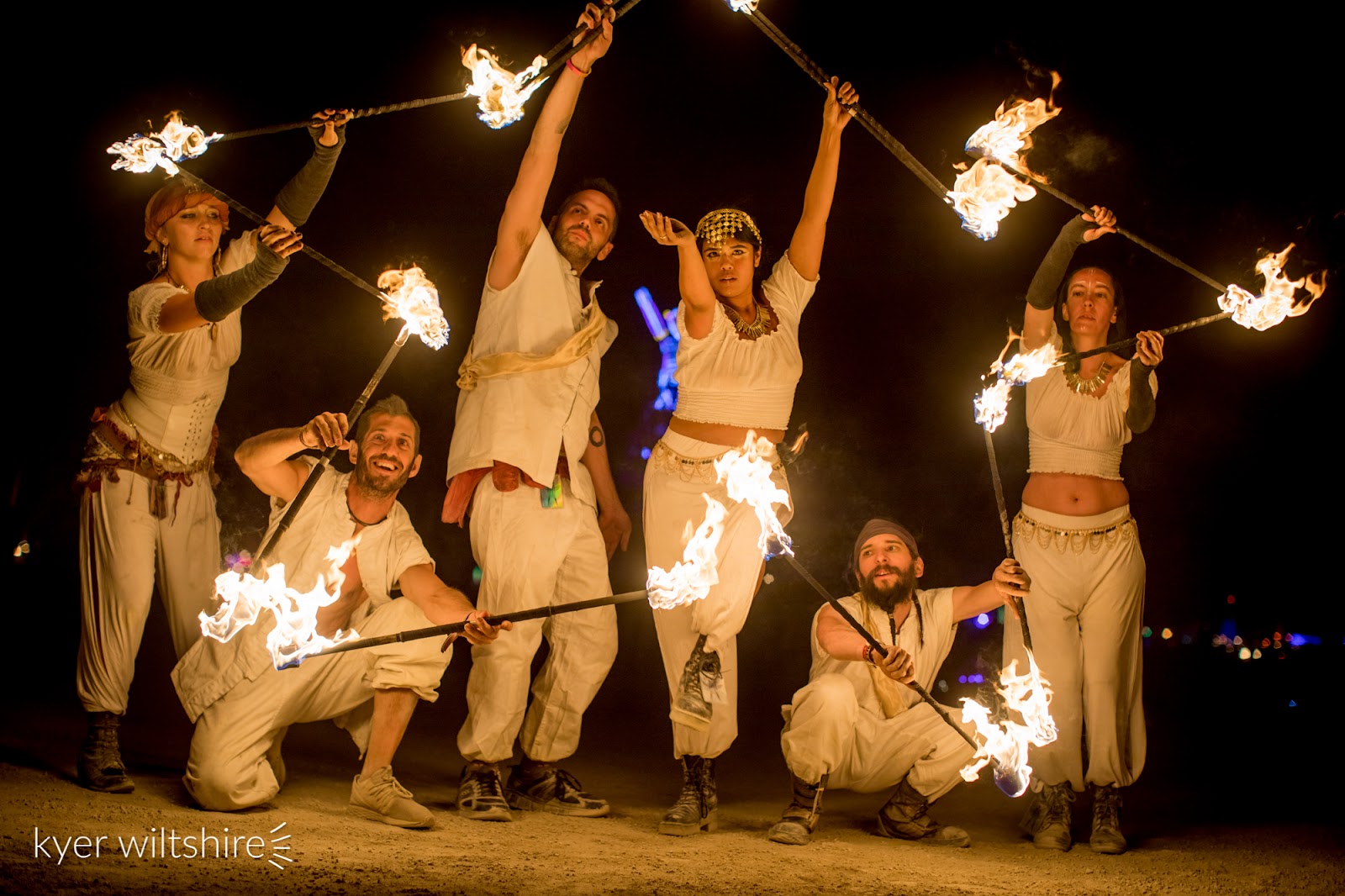 Please remember the Fire Conclave Council (FC Council hereafter) is a small team comprised of 5 members: Crimson, Tabasco, Wrangler, Scorch, and Natalie. We love and appreciate personal emails from you, but if it’s Fire Conclave business related, you must use the fireconclave@burningman.org address to keep the entire FC Council in the loop.  That email goes to us all.

The Fire Conclave Council sincerely wishes you all the best in your fiery endeavors!

WHAT IS THE FIRE CONCLAVE?

The Fire Conclave is a composition of fire performance groups from around the world who create choreography dedicated to honoring the Man. Their performances forge a temporary community, as they offer fire art as a gift to the Man. Under the night sky, before the release of the Man in pyrotechnic delight, the largest convergence of fire performers and support staff in the world gather to express fire creativity and release the energy of the flame.  Groups have gathered from across North America, and around the world from places such as: United Kingdom, Mexico, Canada, Germany, France, Cambodia, Czech Republic, Indonesia, Japan, Singapore, Serbia, South Africa, South Korea, Ukraine, Argentina and Australia.

A few of the fire groups that don’t make the cut are invited to participate within the Fire Conclave as Sentinels. Sentinel teams occupy the space between each fire group with large ceremonial torches. Their presence creates the boundaries of each performance space and acts as an integral part of the Great Circle’s safety infrastructure. More than just perimeter and safety, they bring to the Great Circle an element of beauty and illumination, and are part of the ritual of bringing fire to the Great Circle for all to experience.

The Mission of the FC Council is to organize and manage Burning Man’s annual Burn Night activities through the cultivation and development of fire groups, ensuring that hundreds of fire performers and safety personnel are not only compelling to watch during the night of the Burn, but effectively managed and safe within the perimeter that surrounds the Man called the Great Circle.

GOALS OF THE FIRE CONCLAVE COUNCIL

The Fire Conclave Council is comprised of Crimson Rose, Tabasco Mills, Wrangler, Scorch and Natalie. There is nearly 100 years worth of fire art knowledge between the five FC Council members. We are here to direct, support, appreciate and cheer you on to success.

The Fire Conclave is a production Rosie has been developing since 1991. The FC Council  works to fulfill and expand her vision. As a co-founder of Burning Man, the Black Rock Arts Foundation and Burning Man Project, Crimson’s life passion and work have focused on the arts and artistic expression, and developed the organization’s Art Department, including the infrastructure, financial and other support services that make possible the large-scale participatory art works that Burning Man is renowned for. With Crimson’s guidance, Burning Man serves as an inspirational limitless canvas, the works of which now find public placement in cities around the world and serve as catalytic sparks for community collaboration. Instigator of the Creative Energy and the Creative Director of the Fire Conclave, the largest gathering of fire performers in one place at one time in the world. 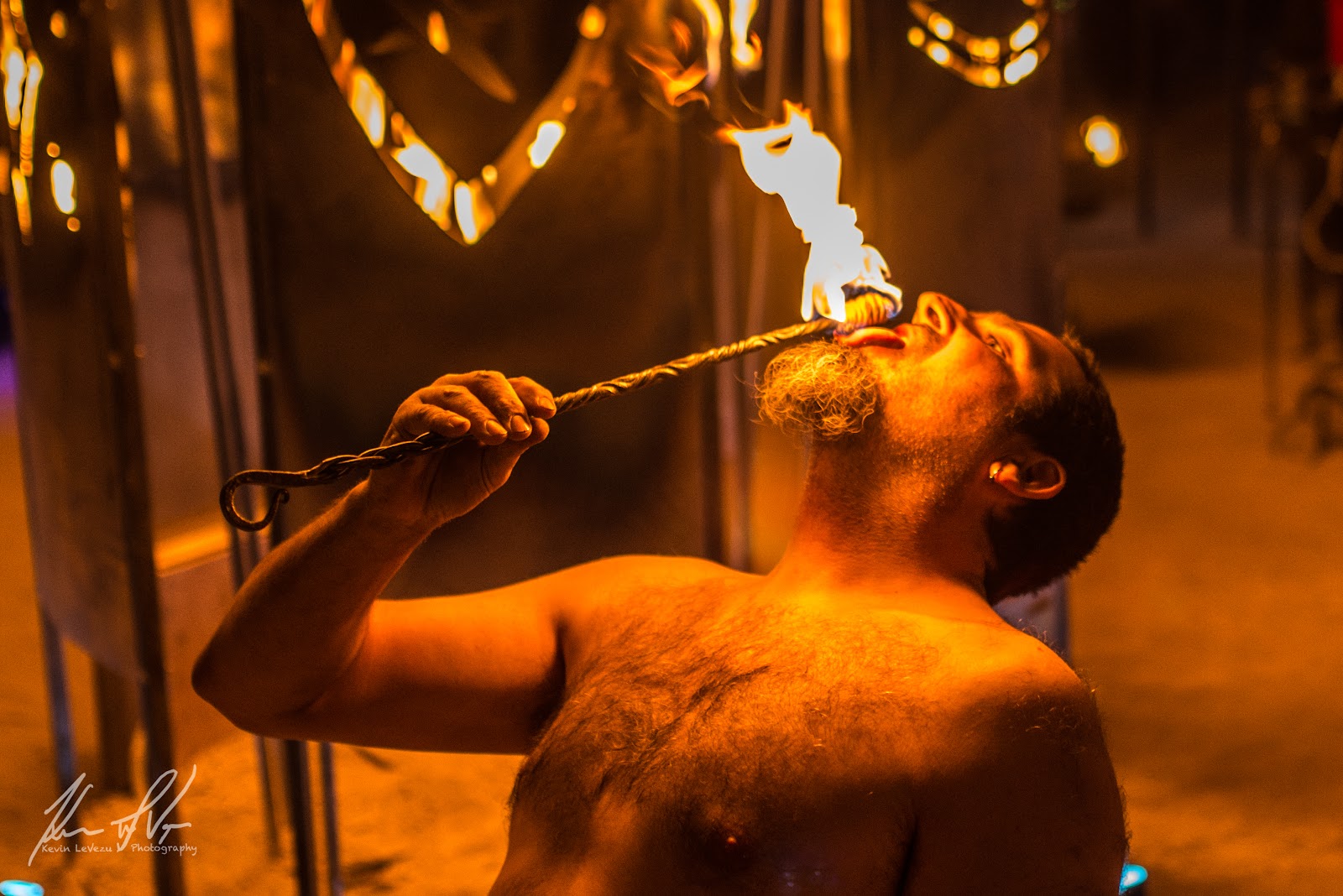 Tabasco has a way with spreadsheets and geometry that inspires the rest of FC Council. He makes the maps and places each fire group with precision. From 2005 till 2010 Tabasco also lead the coordination of the Ambient Drummers. His crew, The Iron Monkeys, are our part of the production management team. Tabasco goes through your sign-in rosters with you on playa to determine how many Great Circle Access Passes (GCAPS) you get, and then counts out all of those freakin magic pieces of plastic. Tabasco instigated Pyrosutra, was Shin of the Northwest Fire Conclave, coordinated safety and stage managed for elaborate fire performance productions. Outside of Burning Man and the Fire Conclave Tabasco runs the artist collective Iron Monkeys and runs his own blacksmithing business in Seattle.  Photo Credit: Kevin Levezu 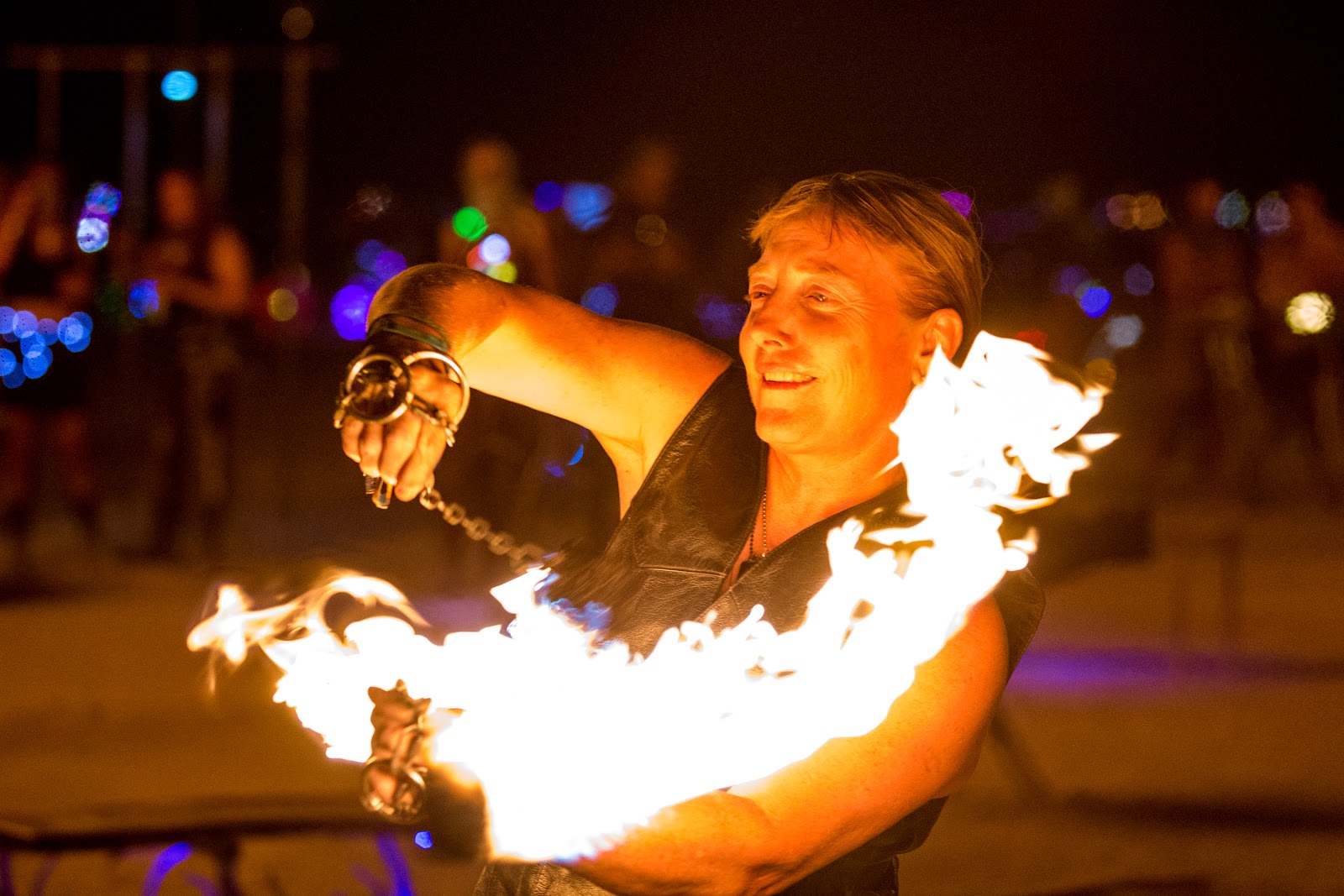 Wrangler has been attending Burning Man and dancing in the Great Circle since 2000. She has helped to organize and run Fire Conclave Convergence since its inception in 2001.  A master at the skills of copy and paste she has been inputting Fire Conclave ticketing for several years.  She also helped to bring the Shiva Vista project to the playa from 2007-2009 and spends endless hours driving a flame effect vehicle on playa.  Wrangler prefers to work behind the scenes to make sure everyone has what they need to be successful. In the default world she is a special education teacher in Reno, NV. Photo Credit: Kevin Levezu 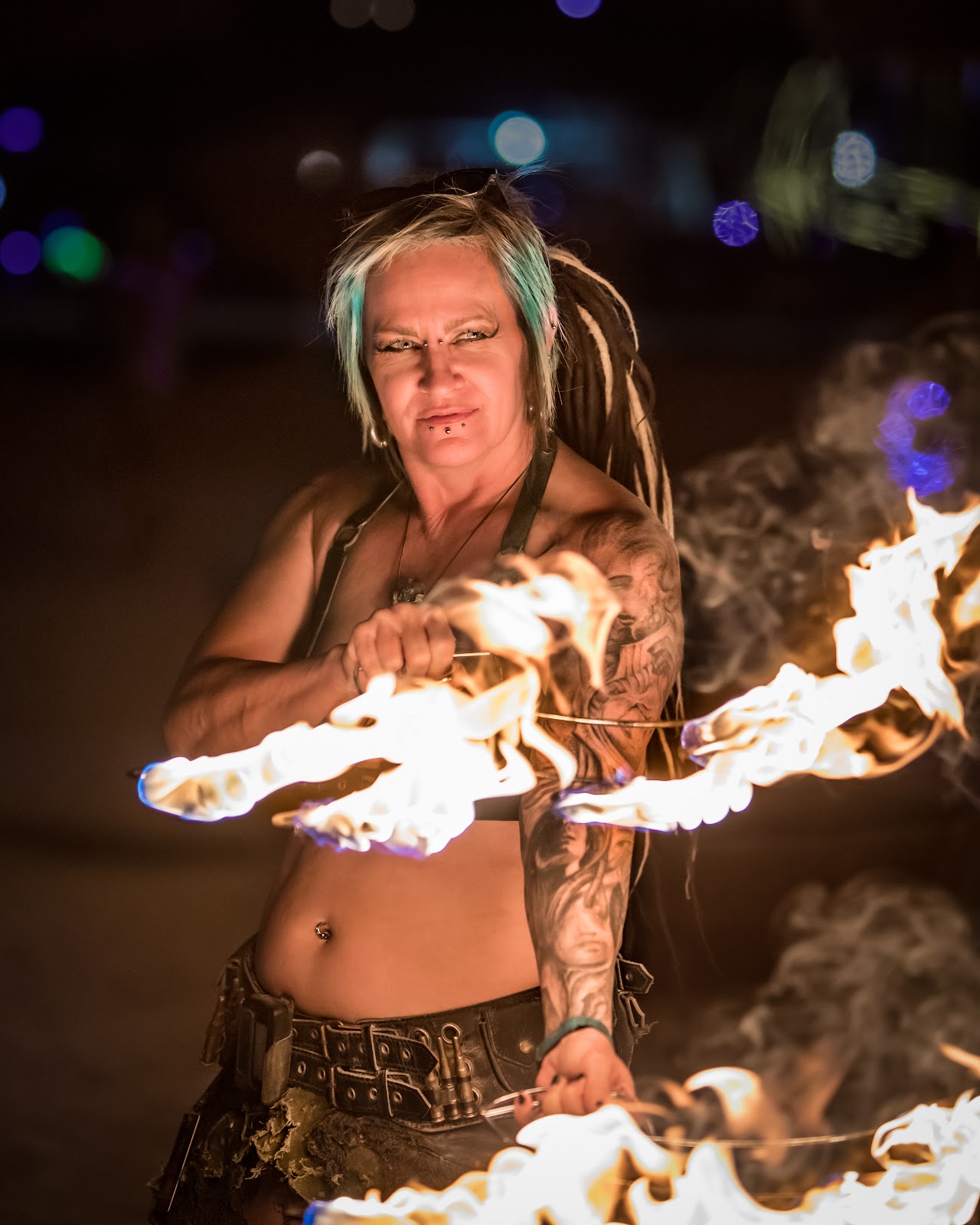 Scorch has been attending Burning Man since 2004, and was Shin of the Burn Academy for 6 years. Outside of Burning Man, she is the co-founder of United Fire Artists, an organization in Southern California whose mission is to promote fire safety through education and training. She is also a member of S.A.F.F.E. (Safety Advisory for Fire and FX in Entertainment) where she helps advocate the art of fire performance and teaches fire performers how to open legitimate and legal fire practice spaces. In her spare time, she runs a fire performance tool company with her husband and is always creating new and inventive ways to play with fire. Photo Credit: Kevin Levezu 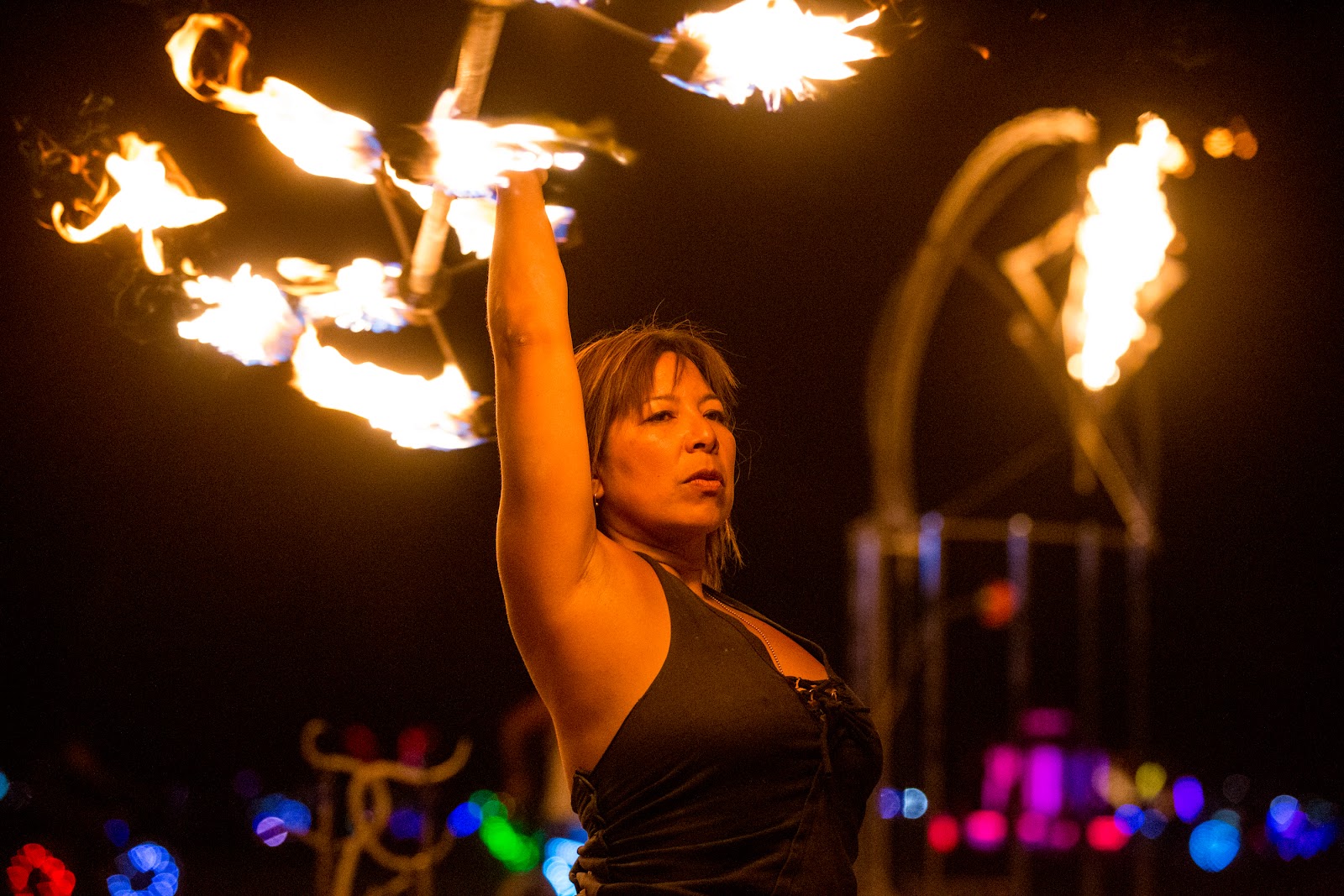 Natalie is on a mission to inspire our community by sharing the art created by the Fire Conclave and Documentarians.  She has been attending Burning Man since 2001 and was Shin of Radiant Heat for 15 years.  Outside of Burning Man, Natalie teaches Pilates and fire dance locally in Vancouver, BC, Canada. Her work as a director and choreographer is about creating opportunities for people to connect with themselves and each other in a collective dance that is bigger than the sum of its individual parts. Photo Credit: Kevin Levezu